​Ghost Walks connect Oakville to its spooky past 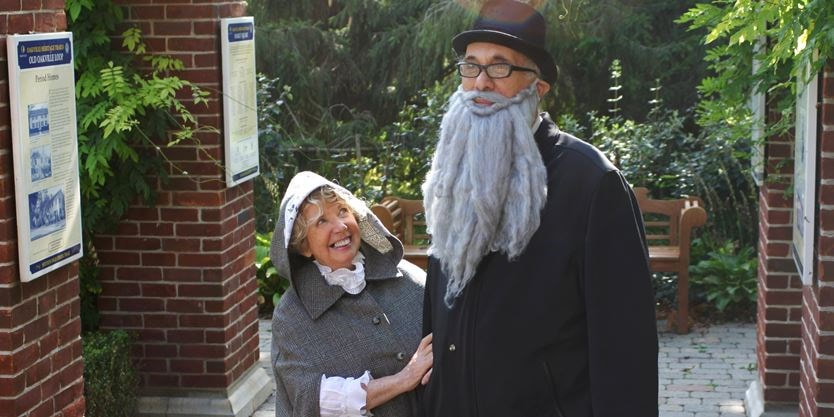 
Belcher said all these places are haunted, but described Erchless Estate as the most haunted place in Oakville.
“It has nine ghosts and everybody who has ever worked there has run into some of them,” she said.
“I remember taking a group around one night and I finished talking about Erchless and all the lights in the house suddenly went on and there was nobody in there. I phoned the town and they said, ‘Well maybe it was the cleaners.’ There wasn’t anyone in the parking lot.”
Belcher said she has also heard from people who have had wedding pictures taken on the grounds of Erchless only to have ghostly figures appear in the background when the pictures are printed.
Other stories told during the walks include the tale of strange noises coming from the attic of a home that once belonged to a long-departed Oakville ship’s captain.
What two boys found there sent them running from the room never to return, according to Belcher.
Go on a Ghost Walk to find out more.
Organizers emphasize that while some of the tales may be spooky, the experience is appropriate for the whole family and a fun way to get ready for Halloween.
Anyone wishing to participate in the Ghost Walks is asked to make a reservation either online at www.oakvillehistory.org or by calling 905-844-2695.
The walks begin at the Oakville Historical Society at 110 King St.
Multiple Ghost Walks will take place nightly, except Sundays.
The cost of attending is $12 for each adult and $6 for each child between the age of two and 12 years.
Infants can attend free of charge.
Pets are not permitted.